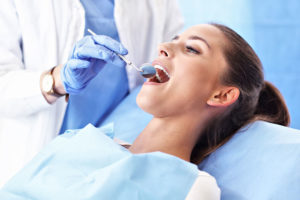 Root canals are known for being unpleasant, but this misconception is far from reality. We hate to see our patients upset and anxious over a pain-free and low-risk procedure.

We’re starting to see a decline that root canal treatments’ bad reputation. In a recent survey, the American Association of Endodontists showed more people (59%) are afraid of getting a root canal than speaking in public (57%), spiders (55%) or being trapped in an elevator (54%). Even though it’s still a prominent fear, the 59% is a good bit less than in previous years.

We are here to disclose the truth about root canal procedures.

Are Root Canals Really That Bad?

It’s common for patients to feel nervous when a root canal is mentioned. At Panorama Dental, we want to save our patients from this unnecessary stress. We can do this by helping them realize how small this procedure actually is. To further convince you, it’s one of the most routine dental treatments around. More than 15 million are performed in the United States each year with a 95% success rate.

Dr. Travis Stork, host of The Doctors, even broadcasted his root canal procedure live to help quell viewers’ anxieties. As those who tuned in learned, root canals are to relieve pain, not cause it.

After root canal procedures are over, most patients report that they did not feel any more discomfort than they would during a cavity filling. Root canals have the added plus of allowing patients to keep natural teeth that may once have been in danger of falling out.

Do You Need a Root Canal?

The best way to tell if you need a root canal is by visiting a professional. However, in the meantime, looking out for the following symptoms can help you determine if the procedure is necessary for you. Root canals are often needed in patients who have:

Most root canals can be performed by your normal dentist, but certain cases are handed over to endodontists.

What is an Endodontist?

Below your teeth’s hard layers of enamel and dentin lies the pulp. Dental pulp is made up of nerves and blood vessels and allows you to sense temperature.

An endodontist has completed training beyond dental school that specializes in dental pulp.

If you think you might need a root canal, we provide more information on ur root canals page.

If you are in pain, we offer same day appointments.

All Your Dental Needs Under One Roof

Your First Visit to Panorama Dental

Our new patient special is a great way to give our dental office a try. Pay only $59 for your first cleaning, exam and digital x-rays.